Forced Entertainment’s  performance explores ideas and clichés of hope. Writing and collecting future scenarios as well as small narratives concerning optimism and despair, the company investigates the speculative nature of anticipation and the myriad possibilities the future holds in store. Tomorrow’s Parties draws on ideas of utopian and dystopian projections, the optimistic stories we tell ourselves and on the pleasures of invention that arise as the work twists and turns in performance. From these conjectures, day dreams and gripping but well-worn narratives the piece will move out in different directions to other kinds of speculations – the realistic, the personal and the evidently fantastical. Tomorrow’s Parties is Forced Entertainment in intimate and comical mode – a playful, poignant and at times delirious look forwards to futures both possible and impossible.

Since forming the company in 1984, the six core members of the group have sustained a unique artistic partnership for quarter of a century, confirming their position as trailblazers in contemporary theatre. The company’s substantial canon of work reflects an interest in the mechanics of performance, the role of the audience and the machinations of contemporary urban life. The work is distinctive and provocative, delighting in disrupting the conventions of theatre and the expectations of audiences. Forced Entertainment’s trademark collaborative process – devising work as a group through improvisation, experimentation and debate – has made them pioneers of British avant-garde theatre and earned them an international reputation. 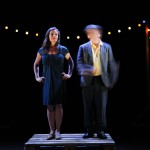 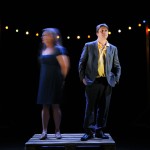 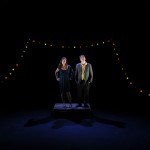 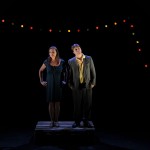 Co-production Partners: Tomorrow’s Parties is a production of Belluard Bollwerk International, made possible thanks to a contribution of the Canton of Fribourg to culture. In co-production with BIT Teatergarasjen (Bergen), Internationale Sommerfestival (Hamburg), Kaaitheater (Brussels), Künstlerhaus Mousonturm (Frankfurt), Theaterhaus Gessnerallee (Zurich) and Sheffield City Council. With the support of Stanley Thomas Johnson Foundation